What Will Happen With The 2020 EEUU Election? Astrologers told us, And I'm Shaking!

According to these astrologers, we're in for a biiiiiiig one.

With the 2020 presidential election coming up, tensions have already been high — but with the planets going through some pretty weird and rare transits, astrologers believe that the stars' influence on politics will be ***EXTRA*** profound this year.

Curious to know what they think, we reached out to astrologers Aliza Kelly, Adama Sesay, Jake Register, Jessica Lanyadoo, and Lisa Stardust to get their hot takes on all things electoral and astrological! Here's what they had to say: 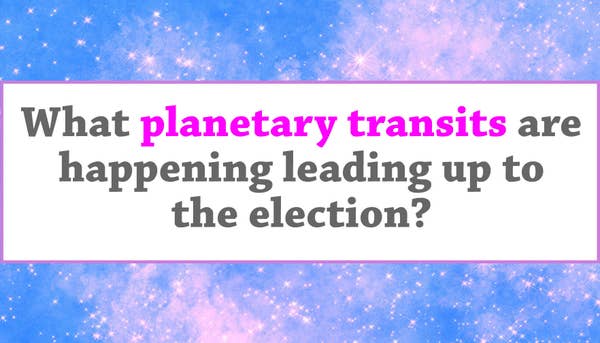 ALIZA: 2020 has been a challenging, unprecedented year like nothing we've seen in modern history — and that is confirmed on an astrological level, as well. Starting with the transformative Saturn-Pluto conjunction in January, the year has been riddled with powerful, rare transits that scarcely occur within the same calendar year. On the days leading up to the election, we'll experience a blue moon (the second full moon in October) on Halloween, the continuation of Mars retrograde, and — on the day of the election — Mercury (the planet of communication) will momentarily pause, switch direction, and begin gliding forward.

JESSICA: The astrology of 2020 is hectic, to put it mildly. This has been a year of consequences, and on a national level, much of this has to do with the consequences of systems, not just individuals and their actions.

JAKE: A big transit we’re in right now is something called Jupiter conjunct Pluto. Jupiter governs growth, abundance, and luck, and Pluto governs world affairs, power/domination, and transformation. A conjunction simply means that two planets are occupying the same exact spot in the zodiac, and are blending their energies together. This conjunction is in Capricorn, the sign of hierarchies and the “status quo,” which just reinforces that these changes are occurring mainly in the realms of government and how the economy is run.

ADAMA: We have had Mercury retrograde, Mars retrograde, Venus in its fall position in Virgo, and Jupiter uncomfortable in Capricorn as well. This is important because Venus (representing justice) and Jupiter (bringing good fortune) are what we can rely on in ensuring that things run smoothly in such a large-scale operation. All of these planets not performing as well can make this process arduous and inaccurate. I am predicting in general that there will not be a clear winner and this will be a long and drawn out process with not as ideal results. 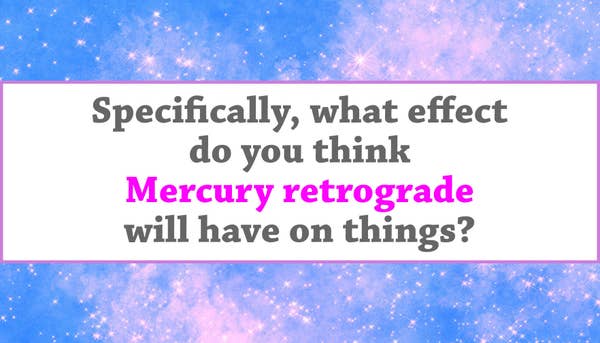 ALIZA: We've been seeing a lot of foot-in-mouth (or dick-on-Zoom) miscommunications and technology foibles during this current Mercury retrograde, and I expect that will continue for the next few weeks (yes, even after Mercury goes direct) as the planet retraces its steps across Libra and Scorpio.

JESSICA: Mercury governs over pretty much everything related to voting — getting information, using the mail, filling out forms, making choices, following instructions, even counting ballots and tracking the data! That the planet is retrograde leading up to the election means that there's a high chance that we will experience delays, confusion, and complications.

JAKE: Mercury rules communication, travel, and commerce. My BIGGEST fear with Mercury retrograde (which ends on Election Day, BTW) is that it’ll be more difficult than ever for people to make their voices heard. I'm talking delays and tech glitches with voting machines, miscounted and uncounted ballots, scheduling mishaps, voter suppression, mail-in ballots getting lost or arriving late, and on Election Day there are almost CERTAINLY going to be unreasonably long lines at the voting booths around the world…like lines that are hours long. Early voting is a thing, so if that’s possible, I highly recommend others to go out and vote early if they can, ESPECIALLY this election!

LISA: Being that this retrograde was moving backwards from intense Scorpio who’s a water sign to lighthearted Libra who’s an air sign, secrets and scandals are being revealed. Trump’s COVID diagnosis is an example of this.

ADAMA: It's not an ideal time to have an important election, that's for sure. Mercury rules written and verbal communication and information. When it's retrograde in both of these signs, we can experience misinformation, disorganization, and the unexpected truths being revealed. All of this can cause some confusion and inaccuracy in the voting process! 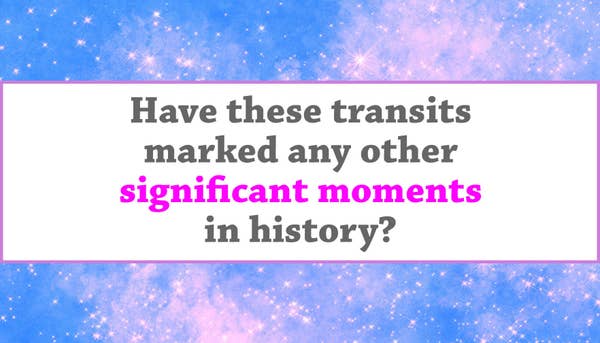 ALIZA: The last Great Conjunction (that is, the union of Jupiter and Saturn) that occurred was in the year 2000, which — in United States history — corresponded with the Bush vs. Gore election. This election exposed the stark division across the country, and was ultimately brought to the Supreme Court, who ruled in favor of George W. Bush. Interestingly enough, Amy Coney Barrett, who has been confirmed as a Supreme Court justice, was also involved in the 2000 Bush vs. Gore election working on behalf of the Republican party.

JAKE: The 2000 conjunction was in Taurus, a sign that represents the planet Earth, and it's also a fixed earth sign, so it’s really big on commitment and longevity. That election was preeeetty controversial and the changes made by the Bush administration definitely had an impact on our environment! Denying climate change, treating the planet poorly, not prioritizing the environment, etc. etc. were all issues that blew way up in the 2000s, and the neglect of the Bush administration has had a very strong lasting influence on our planet’s health! With that election, a big impact on the planet’s health was basically guaranteed by the transits going on.

LISA: If you can remember, that election was a mess, and it's still known as the tightest and closest election in US history — so we can expect the same to happen this year. The Supreme Court declared Bush the winner after Gore conceded, even though he won the popular vote. Also, Mars was retrograde during the election of 1800, which was controversial in itself because Thomas Jefferson was not the favored winner and many were not happy that he won. And like the election of 2000, the winner may be announced a few days after the polls close. The date that seems most probable will be Nov. 6, when Mercury squares off with Saturn (which represents authority and bureaucracy). 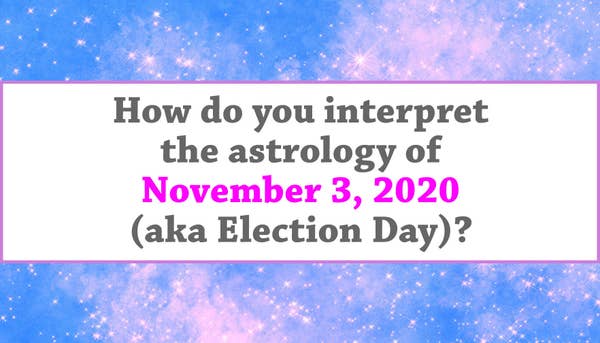 ALIZA: In addition to the larger themes and cycles symbolized by the extremely close connection between Jupiter, Saturn, and Pluto, the Moon in Gemini will feel frenzied, chaotic, and unpredictable. Don't be surprised if your favorite social media platforms or news outlets crash due to overload — the collective will be scrambling for information.

JESSICA: Because Mercury stations direct on the election, we should not expect to have results until after the retroshade (the two-week phase after Mercury turns direct, which is the worst time of the actual retrograde while things readjust) is over.

JAKE: Mercury will be stationing direct. After a retrograde, Mercury will “station.” Instead of moving backwards, it is at a total standstill on Election Day. It’s like the storm is almost over, you think it’s about to pass, but you’re still shacked up at home, waiting it out just to see what’ll happen.

LISA: This is the first US election that Mercury and Mars will be retrograde at the same time. Although Mercury turns direct in the middle of the day, it will have a great effect on us all because the retroshade. Mercury stops moving backwards midday, at 25 degrees Libra. Ancient astrologers referred to this as 15 degrees Libra to 9 degrees Scorpio as “Via Combusta” or “The Burning Way.” This adds a lot of passion and emotion to the way people will be voting. They will be making choices based on their heart, not their logical mind. 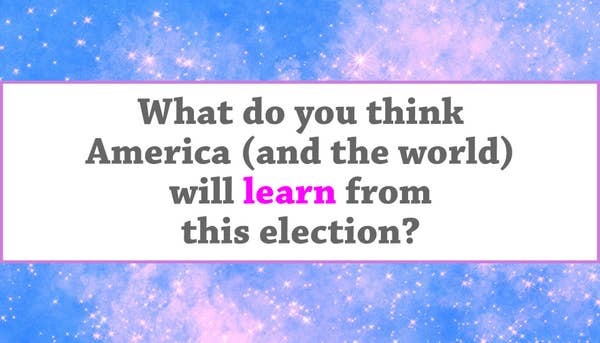 JESSICA: I believe that our democracy is on the line; what we learn is up to us.

JAKE: Tribalism mentalities aren’t healthy for society as a whole. Compromise is a must. Tradition can be respected while still allowing yourself and others to branch out, deviate from the “status quo,” and make changes to the world. Change can be scary, but it’s necessary for growth.

LISA: Retrogrades are a wonderful time to reassess and revise. This season’s Mercury and Mars retrograde will be no different. The thing that will be the most apparent is that the voting system needs to be changed and updated. For instance, some mail ballots may not be counted because people forgot to use a specific envelope or date the document. We will see the minutiae that needs to change in order for people to vote by mail without issues such as those occurring.

ADAMA: There are some key elements in our society that need to shift in order to truly support and honor our rights as human beings. Fast-forward to astrology in December, major planets Jupiter and Saturn will join in the radical sign of Aquarius. This will trigger the collective to rise up and seek to change what is no longer working in governments on a global scale. 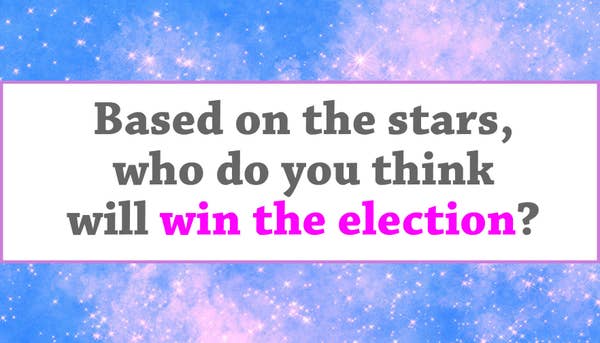 ALIZA: In line with the previous question, I believe this election will show us that our definition of "winning" isn't uniform. What does it mean to "win" the election? Who decides? And what does "winning" facilitate if the collective doesn't agree on shared protocol?

JAKE: Transits to Joe Biden’s chart aren’t too bad, transits on Trump’s chart indicate major change and a transformation of his status and reputation. Based on this, I’m thinking Biden will win.

LISA: Interestingly enough, I originally thought that Trump would win because his Sun in his Midheaven (the part of the chart which represents career and public standing) is on the North Node of Destiny in Gemini, which does guarantee professional success. However, the elusive planet Neptune is squaring his Moon, so that means that it will be easy for him to slink away from the limelight. Biden’s birth chart doesn’t guarantee a grand slam either. But, Kamala Harris’s does. With Neptune galvanizing her Midheaven, she is having aspects for fame and notoriety. 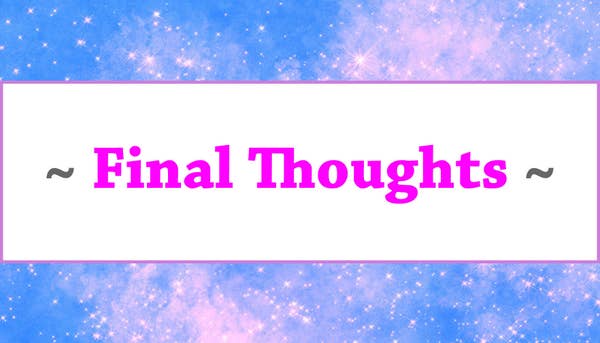 ALIZA: The United States (as a country) is on the edge of its Pluto return — the never before experienced 248-cycle of Pluto returning to the exact position it occupied at the signing of the Declaration of Independence. If you're here, reading this right now, watching this historic time unfold before your eyes, you're here for a reason. The astrology of the moment is truly profound.

JESSICA: Regardless of who wins, 2021 promises to be transformational. This is an all-hands-on-deck moment in which we can engage in the struggles needed to create greater equity for all, or when abuses of power become more destructive and far-reaching. While we can't control what happens, we can do our part, no matter how small, to be a part of the solutions we need.

JAKE: It bears repeating that it’s important to go out and vote!!! I literally cannot stress that enough!!!!!!!

LISA: Go out and vote! This election will be close and tight! Every vote will count. Use yours!

Be sure to follow Aliza, Adama, Jake, Jessica, and Lisa on Instagram to keep up with their celestial takes!!! And please, DON'T FORGET TO VOTE!!!!!!!!!!!!!